“What is the purpose of school?” my mentor asked of me when I was moved up into administration. I wrote high minded paragraphs citing everyone from Socrates to Neal Postman, that he tossed in the garbage. “Rich”, he said, “You have about 10 seconds or eyes will glaze over or you’ll sound like you’re shoveling S$*t.”

No quick answer came for a day or two until on a run on an old rail trail formed into an A-Ha moment. The next day, I tossed an index card on his desk. “That works”. “Now be it and use it”. I had written, The Purpose of School is to Provide Success Opportunities for Kids”. And I believed it then and now – throughout my education career as a district curriculum director, high school principal, consultant to state education departments, author, and speaker. Even when I moved to the corporate world marketing and designing learning, I held this belief in my heart. And yes, I’m a parent and now grandparent. I have a vested interest.

So, accepting this as a fair premise why are schools not living up to their responsibility? Is every decision, a ‘kid’ decision? And of course, the answer is no. In the educational-institutional-industrial complex (my term, feel free to use) admitting the problem and overcoming the status quo are challenges we’ve never acted upon.

Let’s check out some statistical knowns. And here is where the divergence of success opportunities and the exigencies of the real world collide. (The source of these are available at the end of the article)

Most adolescents may need at least 9 hours of sleep per night, yet, fewer than 8% of high school students report getting this amount. 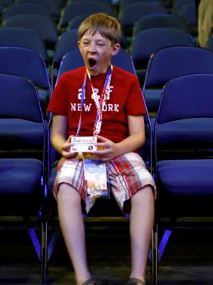 One of the early changes associated with puberty is an alteration of a child’s circadian rhythms—adolescents are more alert in the afternoons and evenings and need morning sleep. Their natural body clocks can keep them awake until 11 PM or later, despite going to bed earlier and practicing good sleep hygiene avoiding stimulating activity at night and minimizing caffeine intake in the afternoon or evening.

A brief history of schools and the educational-institutional-industrial complex

It’s no secret the daily schedule set by school start times is wholly illogical and an insult to student health and achievement. Parents and caregivers know all too well that hauling a teenager out of bed while it’s still dark, or as the sun is rising is not a pleasant undertaking. Breakfasting as a family is an anachronism. More often grabbing a snack, fruit, toast, even an ‘energy bar’ is the norm. Catching the bus, meeting friends, getting a ride, or even walking to a local school, hurries students of all ages to compress time, accelerating changes in biology from somnambulant to full cognition in shorter periods of time than is optimal.

FACT: The time between rising and leaving home is compressed as students want to get up as late as possible before they leave.

Children of all ages are processed as moving human freight to make the schedule work.

Admit it or not we have internalized the idea kids are a product. If we think if our children as unique—custom-built—they require individual and specific bioengineering to be whole. Instead, we have acquiesced to the one size fits all model – with exceptions for those with identifiable talents, vocational aspirations, or special needs. And this has been the tragic yield of the educational-institutional-industrial complex of school as a factory: The processing of as many products as possible, at the lowest cost, in the shortest time with minimal disruption to the standardized model while hoping for the best product quality.

There are two foundations that have created school as we know it:

1. The growth of school districts as a comprehensive operation is built on the industrial model – a modern post-war movement tied to time/motion studies learned from Ford’s (and others) assembly lines and rapid response to the production of materiel for the second world war. And its corollary, spending less money per student (not just for instruction – but in materials, supplies, tools, ‘factory’ maintenance, support personnel, insurance, food and drink – heat, air, light and water, and a safe plant) by the sheer scale and bargaining power optimizes costs. The arrival of students from far and wide at the same time is aligned to the ideal functioning of the ‘plant’. it has remained the status quo as substantive changes in education are tantamount to changing the direction of a large ocean-going container ship in one-hundred yards. Any core-level reconstitution will inevitably affect taxpayers – residential and commercial, municipalities, infrastructure, small businesses, and even roads and traffic.

The post-war population boom and movement to the suburbs meant the increase of students (today’s Baby Boomers), resulted in an explosion in building, staff, and district real estate. School districts are now major landholders, in some cases covering hundreds of square miles. While the instructional answer has been to build campuses of multiple buildings so fewer delivery points, replicating the collegiate model makes sense – but in older districts schools have remained in neighborhoods where housing has sprung up or in existence long before the burgeoning kiddie pool. 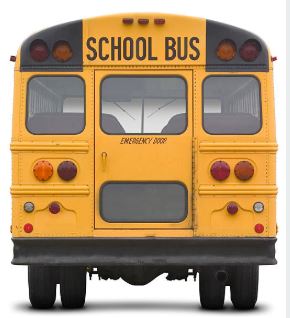 2. The crusade to get students to school at the same time to as few destinations as possible is fundamental as an effective way to deliver uniform instruction on the industrial model. School buses with fixed routes required multiple runs to deliver students of all ages from far-flung homesteads. In most but the smallest districts, each bus needs to load, discharge, and then start new runs to serve up more students to the education machine.

As for the inevitable question, “Why don’t parents bear the responsibility of getting their kids to school on time?” In most households, both parent’s or care-giver’s work and their responsibilities rarely align with the school schedule and physical adjacency. In urban areas, public transit carries students (at discounts) across cities.

This leads to the scheduling of transportation that, in larger districts, now demands complex software not unfamiliar to military planners – fuel, vehicles, (and stand-by’s) drivers, mechanics, monitors, parts, cleaning, timing and scheduling for departures,/turnarounds/ and redeployment, supervision through a chain of command, communications within the transportation complex and with schools planning for traditional emergencies and now a new type of crisis situations, weather, risk aversion and coordination. Not to mention managing the products; students-who pose a whole separate methodology of management.

Now’s is the conspicuous moment to ask: Knowing the biology of adolescents, why do older students have to be the shock (and shocked) troops, embarking earliest?

Younger students – elementary and middle school – whose days start later and whose get ready times are longer (help with bathroom hygiene, clothes, books, homework, backpacks, etc.) are usually compelled to eat by parents. They enjoy an extended period from arousal to cognition. Additionally, many are accompanied by adults to the bus stop until they are safely onboard and seated. Of course, by this time, their buses, having completed an earlier run are in service a second time for the younger students.

It’s not that governments, municipalities, school boards, and educators do not understand these issues, and to be fair, many have tried to rework school start times. The challenges are profound: How to flip the schedules without incurring additional costs, addressing parental concerns that waking younger children and getting them out the door will be a challenge and that working parents might not fully trust their teens to exercise responsibility to get themselves to the bus or a ride responsibly.

There have been as many attempts at solving this conundrum; like commercial airlines that can’t seem to load and unload passengers without infuriating their customers or within federal safety mandates. Back in the parking lots, adding buses dedicated to single runs would improve the situation. Then flip the bus schedule by starting later—about ½ an hour for elementary students, then later still (research says about (9:00AM is best for middle and high schoolers) will align the factory and the product for better results and solving a host of other educational and safety issues as well. But more buses equals more of everything a moving fleet requires besides the short and long-term cost.

Presently, buses, once finished with AM runs either retire awaiting half-day students, transporting classes on field excursions or called to the garage for maintenance. The afternoon or PM runs are similar to the morning though buses are pressed into service to shuffle teams for athletic competition, concerts, academic opportunities, and other post-session activities. Nevertheless, fleet managers always want to maximize usage and avoid idle times or ‘deadheading’ the buses to no particular purpose other than standing by awaiting a call to service. What to do with a surfeit of the fleet used once in the morning and once in the afternoon means a lot of capital equipment are sunk costs.

And so: The introduction of AI software has indeed maximized transportation utilization, but as of this moment it remains that adolescent students are forced to fight their own biology in the interests of school start times.

In 2014, the American Academy of Pediatrics published a policy statement urging middle and high schools to adjust start times to allow students to obtain adequate sleep and improve physical and mental health, safety, academic performance, and quality of life. As of this date in 2019, no significant changes have been implemented. This problem is not insoluble. It requires new thinking and a shift in expectations if school is about learning and opportunity. Adaptations ranging from the student’s behaviors, parents, teacher’s and their unions, administrators, boards of education, local municipalities, state, and federal governments and all of us taxpayers agreed to appreciate the enigma and disequilibrium. And convinced any additional costs will have an equivalent improvement in student achievement now and in the future. Benefits to individuals, comity in the community, a tax burden shared as new ratables are attracted by great educational opportunity

There’s an adage among school administrators:
“The transportation tail wags the educational dog”.

If the day arrives when biology and educational services are in balance, more innovation of instruction is possible and in step with the technological revolution cultivating better student achievement through improvements in biological health.

Ample biological science is definitive, and I stipulate agreement with the article School Start Times, Sleep, Behavioral, Health, and Academic Outcomes: A Review of the Literature. (https://www.ncbi.nlm.nih.gov/pmc/articles/PMC4824552/ from which the statistics and science have been drawn. All other material is amply supported by research and behaviorists, academic texts, articles, anecdotes, and personal observations as well. 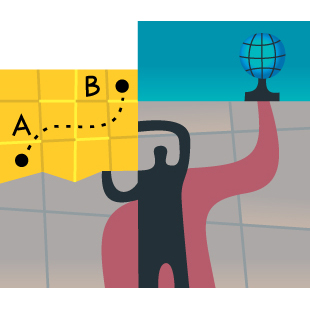