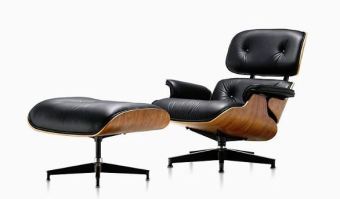 Over the years I’ve come to realize that what I drew as a child were the scribblings of a design wannabe, a future practitioner, connoisseur, and collector. Two short years in design school, I was an assistant art director at a small agency doing scut work to major campaigns. Out of the design mainstream in upstate NY meant teaching was my main source of income. I worked freelance from my garret studio in our first house – a 1905 Victorian, capturing clients and earning a few kudos & awards. I knew about type – quite a bit from my father who was first a compositor post-WW II (remember metal type?), eventually the general manager of a major type shop on 45th St. He gave me a board to work at and free access to all the fonts in the shop.

He’d bring home roughs, comps and completed mechanicals by art directors from all the big agencies when I was considering a design career. He’d explain to me why he abhorred fonts like Artone drawn by Milton Glaser or Seymour Chwast and reverence for the history and legibility of Caslon and Baskerville.

But I had taken up the Swiss & Teutonic manifesto.
I was a grid man—a proponent of cool logic – from Helvetica to Paul Rand’s logos —

Lippincott and Margulies corporate identities and Walter Dorwin Teague aircraft interiors. We called everything from the Bauhaus forward by the generic term ‘graphic.’ Ooh, that’s so graphic, man, the highest of compliments. (The sixties, what more need be said). Evolution to revolution in design virtually overnight. To be a graphic designer was, well, like making the Olympic team.

Later I came to furniture design (Eames, Herman Miller), industrial (Richard Sapper, Dieter Rams, and (architectural design (Richard Meier, Eero Saarinen) that expressed the aesthetic that held me tightly in its grips, defending the ‘less is more’ ethos in my work and even local architecture invading my small village and its environs.

Now, pretty much in the twilight of my design days, I’ve been exploring what good design is and why I am so drawn to it. My personal belief is we in the West, and I suspect different in Eastern cultures, are naturally drawn to certain shapes and forms and accept them readily. I’ve been to 4 continents and though I appreciated design in situ and in other cultures, though appreciative, I never felt the sirens call.

I was with my son, then 11 years old, walking through the Arms and Armor exhibit at the Metropolitan Museum of Art. We stalked the main exhibit tracing the evolution of knight-wear and weapons. Turning into a side aisle was the permanent exhibit of (mostly) Japanese warrior suits of armor and their weapons.

The contrast was amazing: not just because of the unusual scale, materials, or stunning details–but specifically by the curves of the sword blades. How nature-like the gentle curves – the organic, sinewy forms of the Japanese arcs contrasted with the heavier, brutal machine like straight blades of Western armaments. That one difference alone described the entirety of the warrior classes engaging in warfare expressing their cultural design aesthetic and emblazoned with both their gods and kings. Opposing,

significantly different culture and beliefs affect design- even on the field of battle. These inanimate and not to say vicious killing armamentarium moved me intellectually and yet emotionally.

What does this say about design?
Enough ink or bits and bytes have been written by true design cognoscenti and I have neither the language nor the credentials to masquerade as a design philosopher. I know what qualifies as good design is an ephemeral judgment but has certain distinctions that make some objects in the manufactured world better. That is better to hold, to use, to look at, project meaning, have a sense of logic, manifest a specific aesthetic, more attractive to the eye, exhibit honesty of materials, a refined meaning, streamlined or not purposefully, materials applied in special ways, that characterize an era or moments of time. Moreover, when groups of like-designed objects are unified by a core set of forms and shapes they produce what we might call a style or if robust enough, a movement. There is a sensibility to these things that can be enjoyed intellectually, culturally and emotionally. This holds true for everything from type fonts, to locomotives, buildings to table lamps, radios to side tables, telephones to fashion.

There is a gestalt at work here: the totality of objects one chooses to own or be associated with in any spatial environment is a composite of products or object inhabiting that space alike in a physical manifestation. This ecology of replication is made possible by machines but informed by human creativity working within a cultural reality. Essentialism is a concept that narrows down this notion into doing the right things that are absolutely necessary and only what we consciously choose to fall in the beacon holding in its beam on the fundamental concept: less is more. This definition, I have interpreted from Greg McKeown (Essentialism, 2014 Crown Business NY), though it could have come from the hand (or typewriter) of Walter Gropius, Meyer or Mies in 1919 or 1933 – the beginning and end of the Bauhaus and the birth of modernism. And it’s the aesthetic of modernism that draws me to objects big and small – those I want to live with, use, be around, own, display, and often purchase at no little and often dear cost. I’m a modernist junkie.

Many people equate a style with taste.
To me taste is a subjective term describing anything that speaks of personal appreciation. If you like psychedelic flower art but not Louis Quattorze chairs some would say you have bad taste. A style is an objective set of standards defining criteria that have standardization of specific criteria. The cut of a dress or style of shoe, the serif typeface is used in a newspaper or online, the forms of automobiles that have similar lines are styles.

I suppose we could say modernism is a fraternity of styles with a particular, parochial sense of taste.
The clean edges and formal constructs, an ‘eye feel’ that says this is made of good stuff with the right parts and tells its story. We know what it is, does and how to work it or make it work for us. It embodies patio furniture, home furnishings, and office environments. Wristwatch faces, pens and window treatments. It’s a refinement of ‘everyday’ design to a minimalist set of rules. There is detail in modernism but little ornamentation. This means the burden on the designer is to make every decision a weighty one. I want designed objects – those with purpose, elegance even in the locus of simplicity, in minimalism. Elevating the commonplace via a rigorous set of visual or formative rules at the intersection of utility and function and appearance. Utilitarian but beyond the expected – more thought, more purpose, ultra-refined – cool.

A while back, flush with cash, I purchased a real, honest-to-goodness Eames Chair and Ottoman with a side table (shown in header) the store tossed in. Never mind that it has tripled in value – and never inexpensive it’s definitely the single ‘design’ piece we own that has substantial value. The joy it brings me – not in its ownership but its organic form, the comfort, the materials, and its build quality tell me I made a great decision. Good design often means spending the most you can on quality goods so you won’t have to buy them again. That’s not only good taste – its good citizenship.

Moreover, I work better for it. Not merely because it makes me pleased (it does) to see them, but the chair eases my lower back pain and I make for it when my sciatica flairs up. That’s also good design. I have invested in wristwatches not just because of the brand name but the aesthetic of the dial and quality of the hand-built mechanism I enjoyed holding, touching, wearing. I have divested most of these objects because I no longer identify with them or their cost to not only purchase but also maintain. As for replacing such personally important and useful objects, a wonderful change has taken place. Great design has become democratized.

What objects say about the owner is cause enough for some people to purchase items to tout their wealth, project power, tell the world they have good taste. Are you Mac or PC: iPhone or Android? Behold, when Target and other mass merchandisers saw the value in creating common household goods designed by distinguished practitioners and sold at reasonable prices, people everywhere saw that within their grasp they could make choices and buy that everyday toaster or one designed by the architect Michael Graves.

Truthfully, some high designed objects are junk – the often unadorned and seemingly simple exteriors hide a cheap operating mechanism. Watches are a good example. Clothing and shoes another. I believe it’s a betrayal of the modernist ideal to replicate a style only to permit its planned obsolescence. Ersatz modernist objects have given modernism a black eye. Junk will fall apart and disappoint. It’s not modernism at fault. Commodities are easily counterfeited, even high priced ones. The fault lies not with the style but by the miscreant in the supply chain.

Design ecology is an asylum from the mundane, the status quo, or average.
Good design is rooted in historical compositions set to a rigorous score of visual or formative key rules. What good design says – practical, well constructed, and within the modernist tradition is meant to outlast trends. I remember when we received our first Design Within Reach catalog. Holey moley, anyone can now buy great design. And other purveyors followed both in print and online. Take for example kitchen appliances, some electrified, and others ergonomically designed honoring human anatomy and its limitations. Euro designed kitchens that place an emphasis on classy utility built around massive industrial ovens and stoves, for instance. Do we need or desire restaurant kitchens repurposed for the home? Hey, we’re talking some big bucks here. So will good design be relegated only to the well off? Yet, there is always IKEA – minimalist to the max and within the reach of most people. That’s not to say it is the same quality kitchen cabinets of Poggenpohl or Smallbone – but you can replace your whole kitchen every few years, and change up the style within the Swedish modernist aesthetic, for what one oak and marble countertop will cost from Gaggenau.

What now of the smart home?
Interconnectivity will change what we expect our devices to not only do but also create a new design aesthetic. Where a refrigerator was – only 5 years ago – a device for chilling or freezing food-stuffs, it is now integrated by a personal control system with information about its operation and contents – and the weather, a video screen, and message board broadcasting when your milk supply is low. Its power consumption is measured by smart meters monitoring its electric usage sending information back to energy providers to determine the best time to activate the compressor. How will design respond to all this new information?

I’m not looking for converts to the modernist aesthetic.
For me, I was born to fall into the orbit. Ever since I drew in my first sketchbook. So when I could afford or could at least make mindful choices among objects to either populate my home or clothe myself, I opt for those specific qualities, materials, styles, and forms among the modernist objects on the shelf or website. 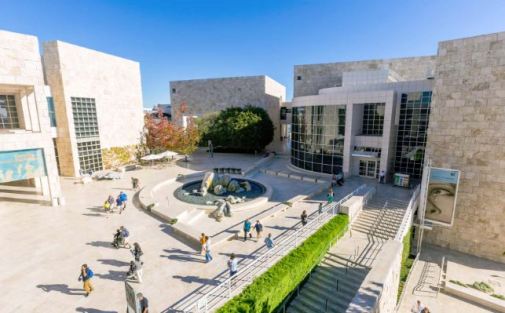